Our company, with the slogan ‘’Eco-friendly Energy Production’’ carried out the Project of “Landfill Gas to Electricity Generation’’ In Istanbul which is the largest in Europe, and among the top ten largest landfill gas to electricity projects in the world.

In addition to these sites in Istanbul another landfill gas to electricity project was constructed in İzmit-Solaklar with 6.5 MW capacity and 2.1 MW capacity in İzmit – Dilovasi. The landfilling operations are handled by İZAYDAŞ, a subsidiary of Kocaeli Metropolitan Municipality.

These projects help prevent the effects of methane gas released to the atmosphere, which is 28 times more harmful than carbon dioxide. With these 4 projects in operation our company contributes to the reduction of approximately 2 million tons of carbon dioxide equivalent emissions every year.

Landfill gas power plants were transferred to as of 2018 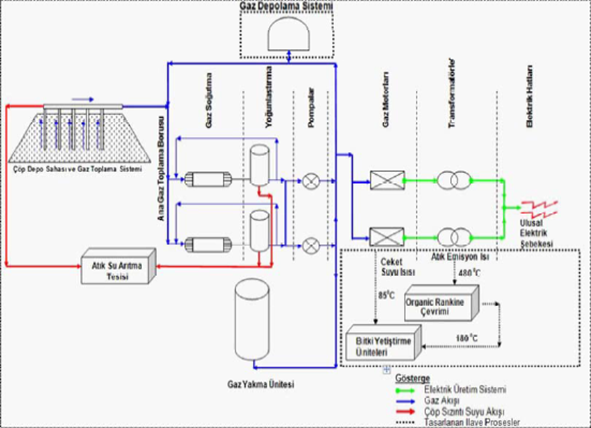 Residential waste decomposes anaerobically in properly covered solid waste storage areas.
Wells with an average depth of 28m are drilled and the LFG is collected. On average 8-12 wells
are connected to each manifold. Leachate is collected in condensate tanks then transfered to
biological waste water treatment plant. 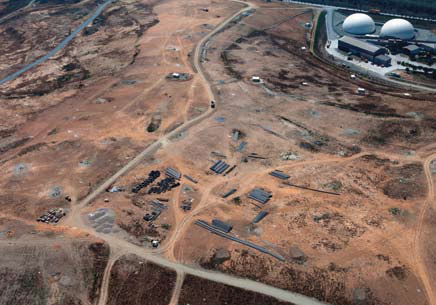 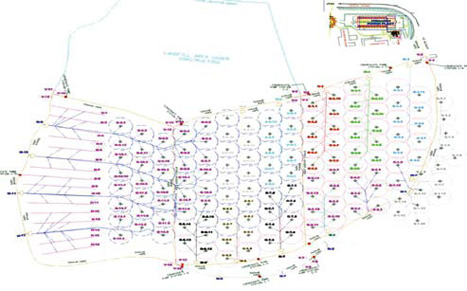 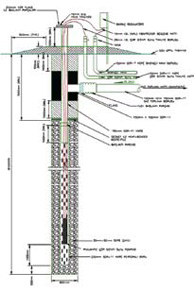 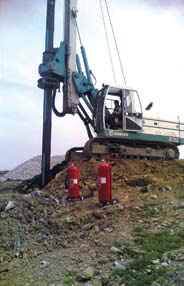 2. Treatment of the Collected Landfill Gas 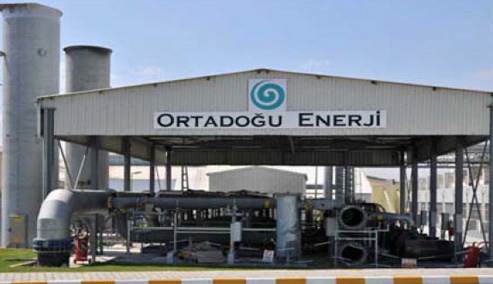 Collected Landfill Gas(LFG) is cooled with the heat exchager and the humidity is removed with the demister.

3. Combustion of the Landfill Gas in the Engines Coupled with Generators to Generate Electricity 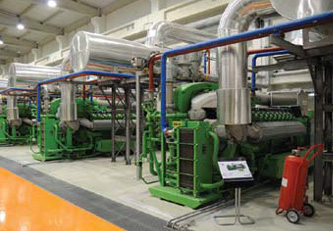 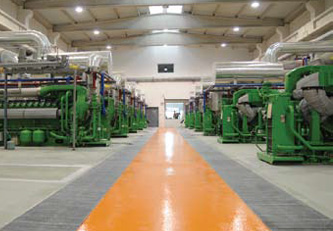 The gas which is in excess of necessity for the generation of electrical energy or in the case of maintenance/breakdown is flared by a flare with the 2.000 m3/hour capacity. So that harmful methane is not released to the athmospere and it contibutes to reduction of emission, even the plant is out of work. 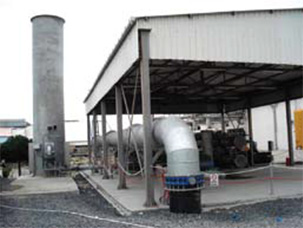 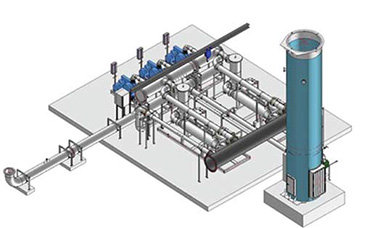 The gas storage baloons are installed to keep a stable vacuum in the system and are also used as temporary storage units.

The energy generated in the plant is delivered to the national electrical grid for the usage of consumers. According to “The Renewable Energy Resources Legislation”, the government guarantees to buy the energy generated by landfillgas for a 10-year period, at 13,3 $ cent/kWh price. Odayeri Power Plant has been covered under that law and ourother power plants will be covered soon. 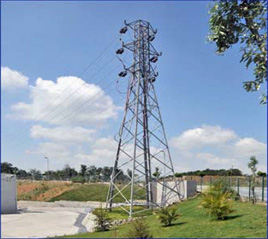 7. Utilization of the Waste Heat

The waste heat from the gas engines is planned to be utilized for the generation of additional electrical energy. Exhaust waste heat will be transferred to thermal oil via heat exchangers and then transferred to the ORC (Organic Rankine Cycle) module in order to generate electricity.